What connection exists between Facit AB and Sharp on the MZ-800 computer?

Facit used to be a very successful Swedish company manufacturing mechanical calculators that quickly went down to its final demise by not being able to adapt to the shift towards electronic calculators in the 1970s (A common problem faced by similar companies, known as Facitfällan or "the Facit trap" in Sweden). Facit also sold, for a short time, a (sortof) home computer, the Facit DTC, and was active in the typewriter and punchcard and stripe business.

When browsing through eBay I found the following picture on an eBay ad (link might expire) for a Sharp MZ-800 computer: 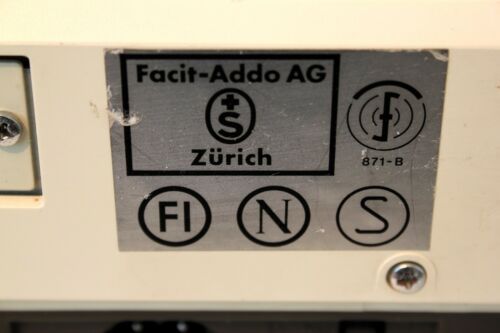 (Facit-Addo was created when Facit acquired one of its main competitors, Addo, in 1966). 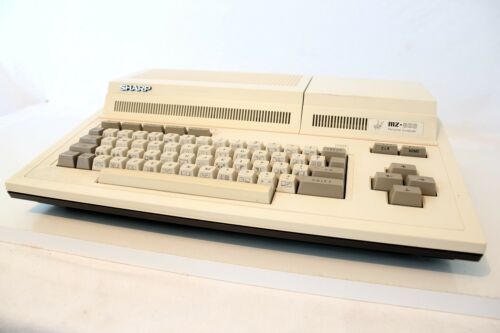 I was not aware that Facit was ever into the home computer market beyond the DTC: Does anyone know why the Facit trademark appears on a Sharp MZ-800?

Facit were acquired by Electrolux in the mid 70's, and sold on to Ericsson in 1983. At that time, the company was restructured such that manufacture of computers and computer-related hardware would be reduced. That was presumably done to reduce internal competition, since Ericsson was also in that market at that time.

My guess is that Facit's distribution network was reappropriated at that point to get Sharp branded office equipment into Europe. Certainly there were plenty of MZ's in Scandinavia having been distributed by Facit.

Facit already was in various cooperations with Hayakawa Electric - the company later renamed as Sharp - during the 1960s and 70s. During the mid-1960 Facit even held the worldwide exclusive rights to sell Hayakawa office products outside Japan/East Asia. So cooperation was close and it's safe to assume that there were contacts on all levels. Later a subsidiary (which Facit had a lot) named Facit-Sharp operated into the early 1980s.

At the time the MZ-800 was sold (1985) the remains of Facit (after selling off many assets) was already part of Ericsson's computer division for a good part of a decade.

Now, the Swiss Facit-Addo AG was a (mostly) independent subsidiary in Switzerland. Selling genuine Facit products, as well as their 'own'. Combining this it seems natural to combine the traditional contacts with Sharp and the idea to serve the microcomputer market as well.

Which itself was not a Facit development, but an OEM version of the Luxor ABC 800.

Making fitting labels isn't a big deal - not now and not in the 1980s. Especially not when required by law.

Back then the MZ-800 was positioned more at the SOHO level.

12
Largest ratio between base and maximum RAM
9
What were the selling points of the Atari 800 over the 400?
2
What information exists about WD-xsl?
9
What's the relationship between the Nascom computers and the company Lucas Electrical?
11
What was the difference between a Games Console and a Home Computer?
23
Distinction between scientific and business computing
14
What were the differences between Xenix and Unix?
11
How similar were the X68000 and Capcom CP system?
9
Why did the Sharp X68000 use 5.25" drives?