Adapting a "modern" keyboard to a ZX Spectrum

Is there a way, such a specific interface adapter, which would allow me to connect a PS/2 keyboard to an original ZX Spectrum?

I expect the keyboard to work similarly to the ZX Spectrum itself -- in other words, pressing P would trigger send the same interrupt to the CPU as the rubber keyboard.

It should be doable since some joystick interfaces, such as the Sinclair Interface 2, did map joystick events to key presses.

I did such interface long time ago. It was(is) an internal interface designed to fit in a place near the right side of the board when using the Plus case.

This is the board 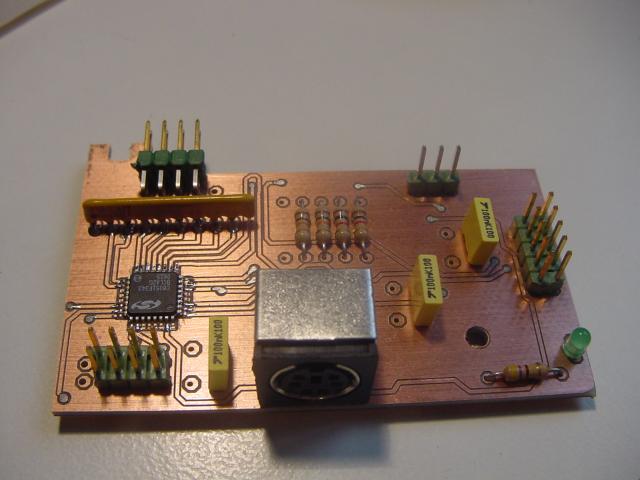 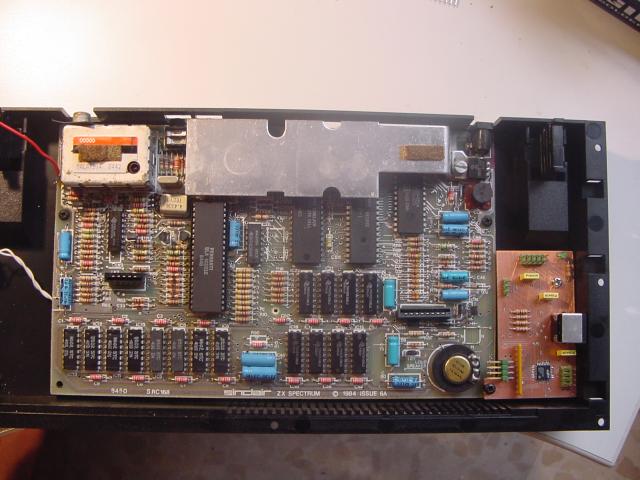 Schematic. Very simple. One microcontroller does all the work. 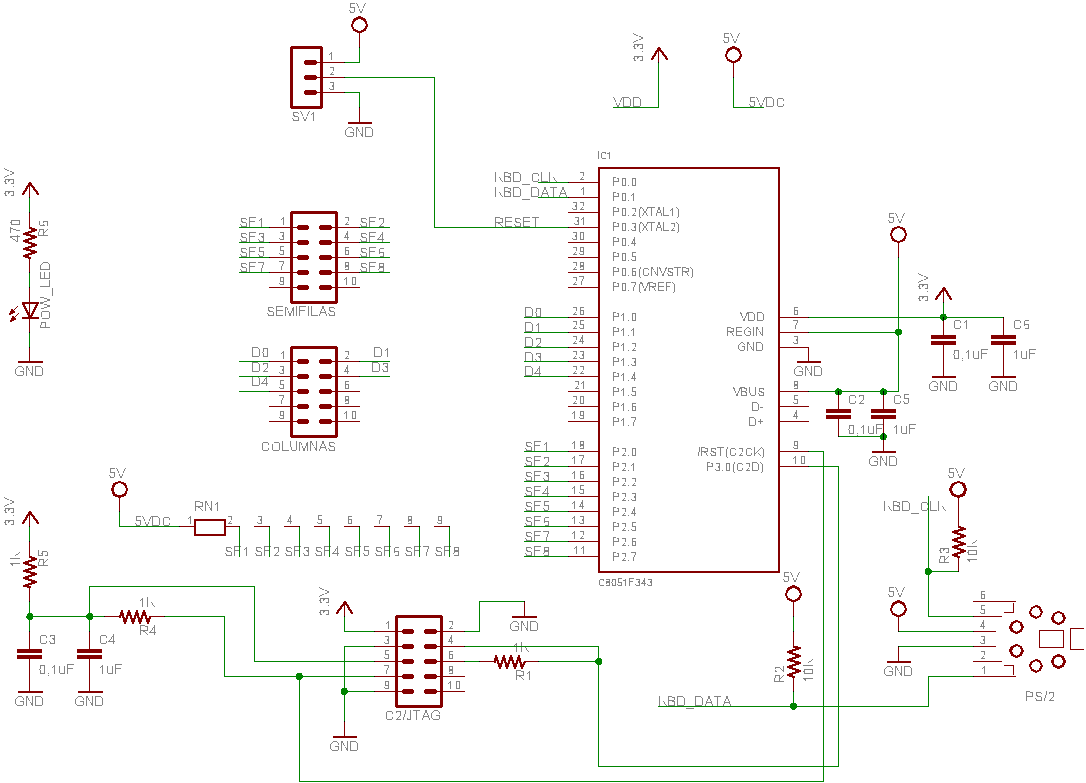 Upon booting, the uC resets the keyboard and checks for scan 3 capability. If it's not present, then default to scan 2 mode. After then, the uC sends a command to the keyboard to leave the NumLock led on. That means that the keyboard is ready to use.

Features new in the firmware version (v1.3b) or changed from previous releases:

Starting with firmware version 1.1, there is a macro feature, which can be considered in beta state. The user can record up to 6 macros of 512 key strokes each one (a key depressed and released counts as two key strokes).

In case you are looking for something that can be bought off-the-shelf:

if1Bis (https://sites.google.com/site/interface1bis/) has, amongst numerous other goodies also a ps/2 port supporting keyboards and a mouse.

The device mimicks an IF/1 and supports USB connection to a PC as well as a nice IF/1 file system replica on SD card. I have one myself (don't use the PS/2 keyboard, though) and can thoroughly recommend it.

Not really an answer but I feel some things needed to be clarified.

Pressing a key on ZX does not trigger any interrupts ... The interrupt is triggered by ULA itself with screen refresh rate and the ISR is scanning keyboard ports in matrix manner.

The PC keyboards Do this whole stuff internally usually by integrated i8048 MCU chip (yes i8048 not i8051). That alone brings up some restrictions in reflection to ZX which was major disappointment for gamers coming from ZX to PC world. The ZX can handle any number of Key pressed at any time the PC (most keyboards) can not. That is because the i8048 has a very little of RAM only between 64 to 256 Byte depending on the chip. This memory is used for registers (4*8 Byte are just for global purpose register banks of r0..r7 ...), stack and variables. So you can imagine there is not much space for key scan tables. So only last few keystrokes are stored instead. That means once you press more than a certain number of keys in a single line or row in the keyboard matrix any next keystorkes are not registered until you release at least one of the first keys. That is the major reason why there are very few split screen games for more than one player on single PC because certain keys (especially extended scan codes like numeric pad) lead to very small number of keys triggering this (like 3-4) so when you're fighting with a friend and suddenly your fire button does not work ... because it has less priority the fun starts :)

Now back to your question To connect PC keyboard you need to emulate the keyboard matrix. So basically you need a computer (MCU) which reads the serial input from PS/2 and emulates the states on the keyboard matrix ports. If you got basic MCU coding experience then it is not that hard to do but the connected keyboard will never perform as well as the original one due to above restrictions.

Not the answer you're looking for? Browse other questions tagged zx-spectrum hardware keyboards or ask your own question.

17
How can I interface with an old Atari from a modern computer?
12
How do I replace a ZX Spectrum 48k keyboard membrane?
13
How can I use a modern keyboard with the Panasonic JB 3000?
16
Why did the Sinclair ZX-Spectrum use a membrane keyboard?
7
Zenith SupersPort 286e 24 pin ribbon cable keyboard to modern computer
17
How to create a switchless multi-system 2 button Atari joystick?
16
Why plastic cases?
18
How can I connect a modern USB keyboard to a system requiring PS/2?
8
How ZX Spectrum avoided key ghosting